This eighteenth-century brick and fieldstone farmhouse is sited at the end of a tree-lined drive in Chester County. When purchased by the current owners, the house had been remarkably well maintained over the years. The original two-bay, two-story structure was built circa 1720 and featured two rooms front to back with corner fireplaces. A fieldstone addition was made in the 1750s and in the 1970s, a brick veneer bay created a formal living room on the first floor with a bedroom suite above. Although delighted with its architectural and structural integrity, the homeowners wished to upgrade and expand the house for contemporary living and their growing family.

Period Architecture reworked the floor plan to accommodate an additional 1,700 square feet of living space. The addition brings in marvelous light and takes advantage of the views from the interior spaces as well as from new outside seating areas. Stones found during demolition were reused in the arched stone wall of the covered porch and elsewhere. The original front door was returned to use, now made inviting with the addition of a covered entry. A new brick chimney matches the existing pointed chimney caps, which are unlike any others found in the region.

The interior boasts a new period-detailed kitchen, butler’s pantry, mudroom, and back stair hall. The cabinetry details and millwork present authenticity while reproduction hardware based on salvaged original pieces are used throughout the house. A geothermal heating and cooling system is an added element of twenty-first-century technology. Upstairs, a new master bedroom suite, laundry room, and storage area were conceived holistically as part of the renovation. 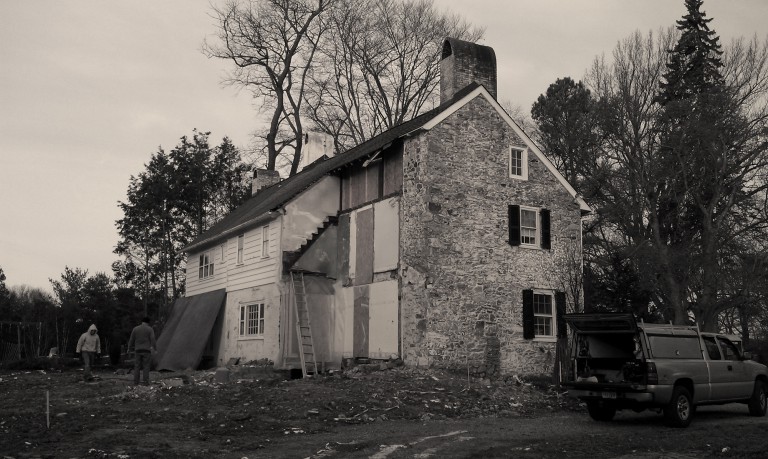 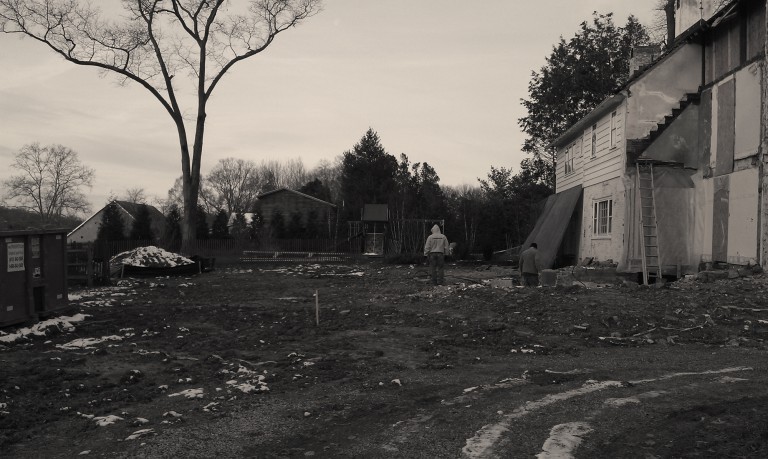 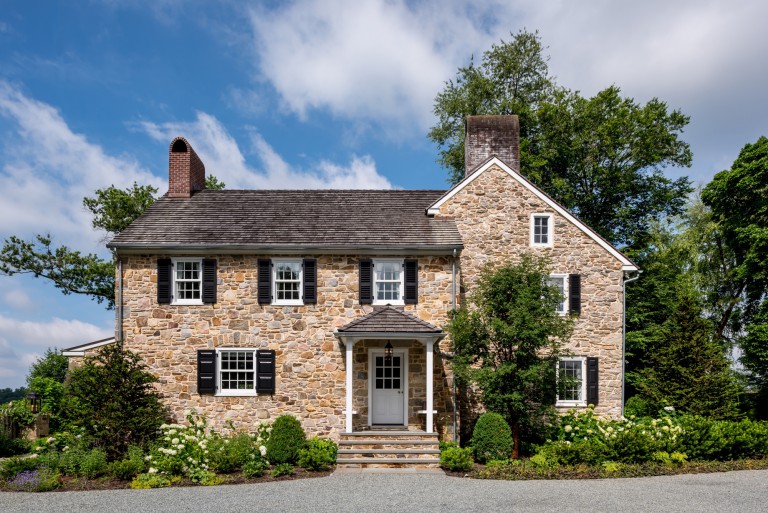 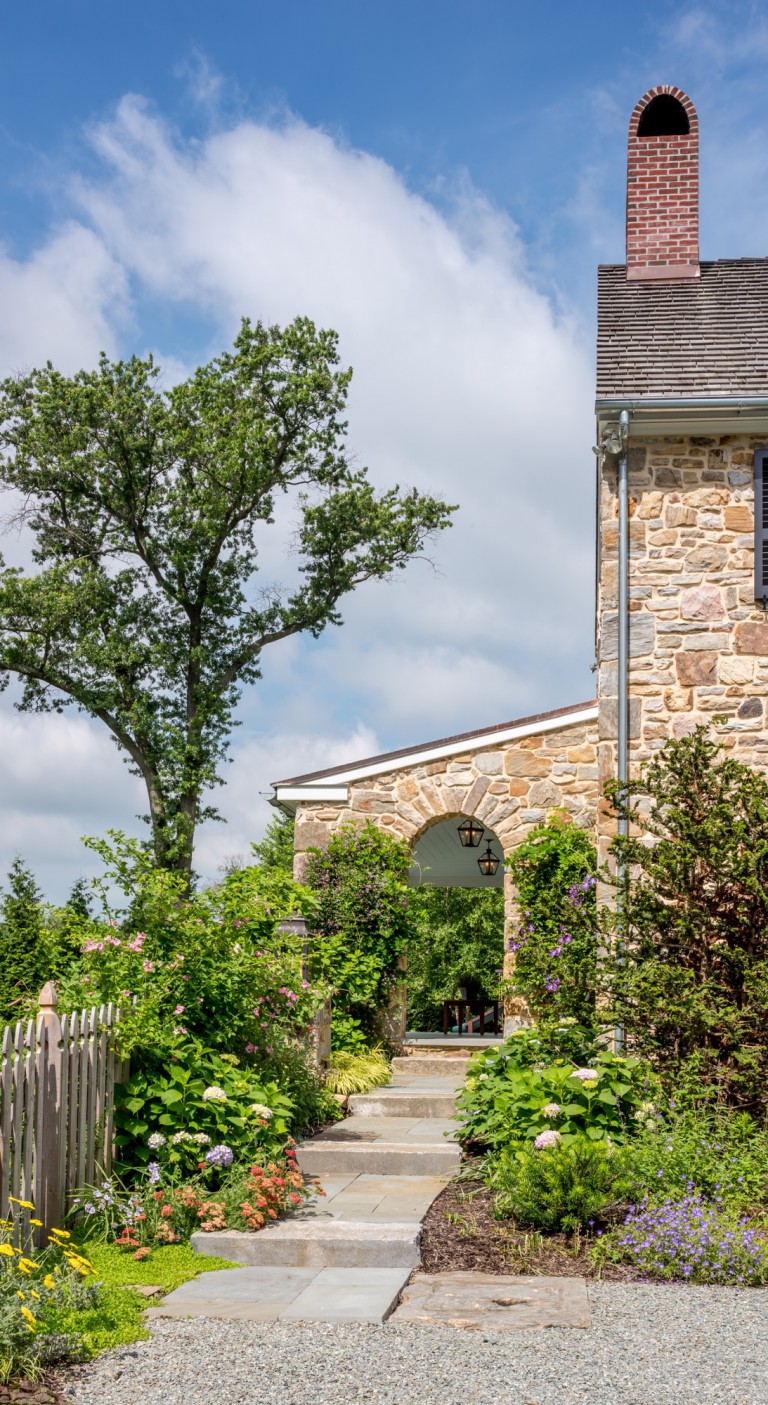 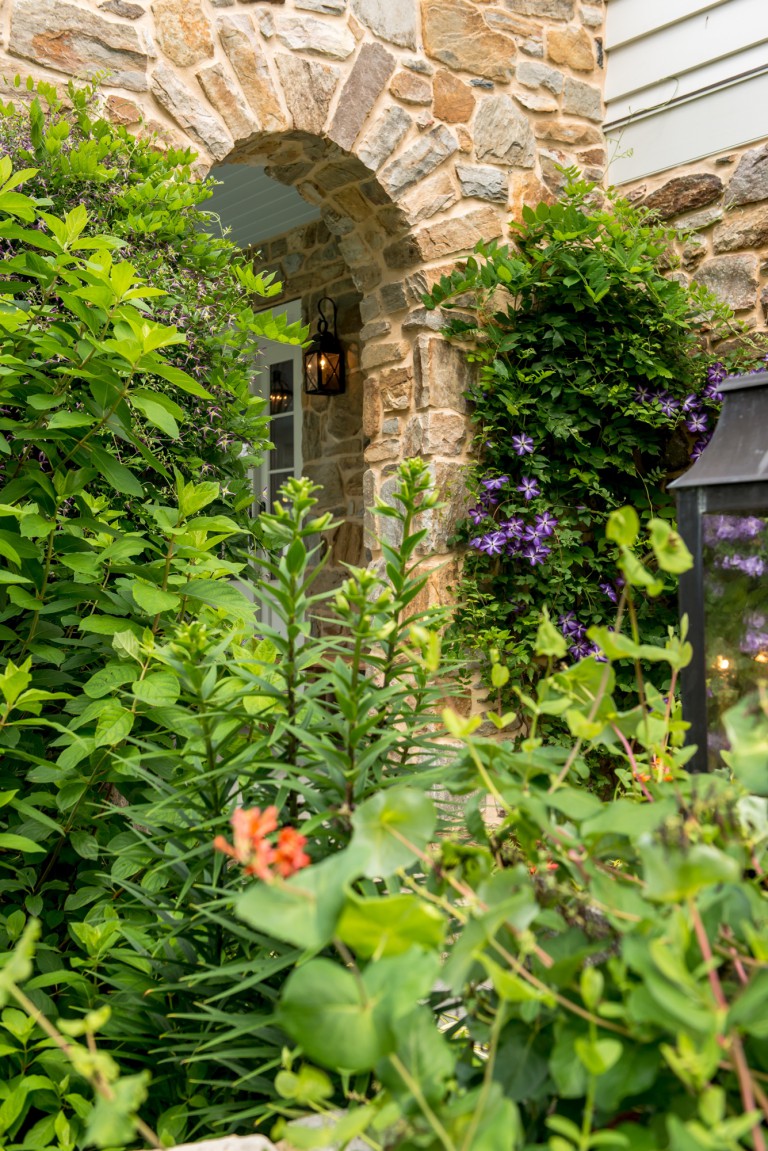 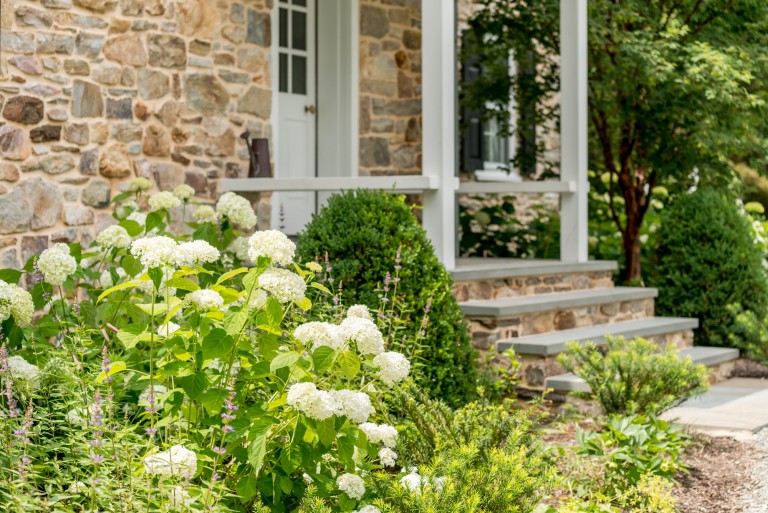 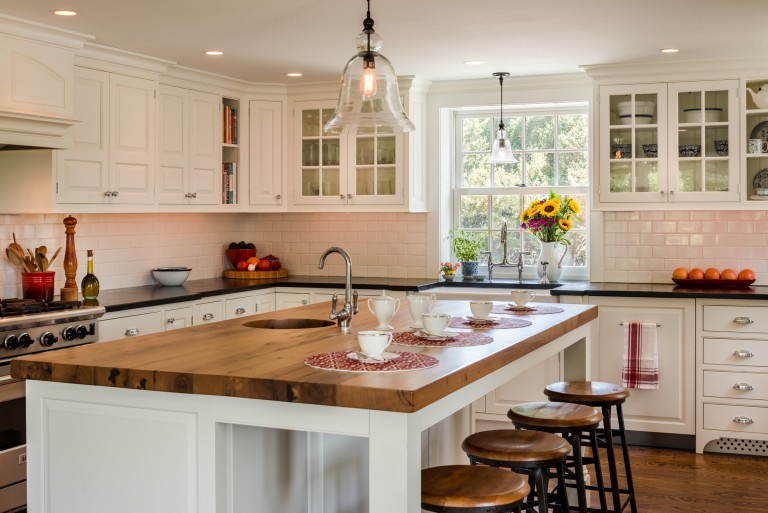 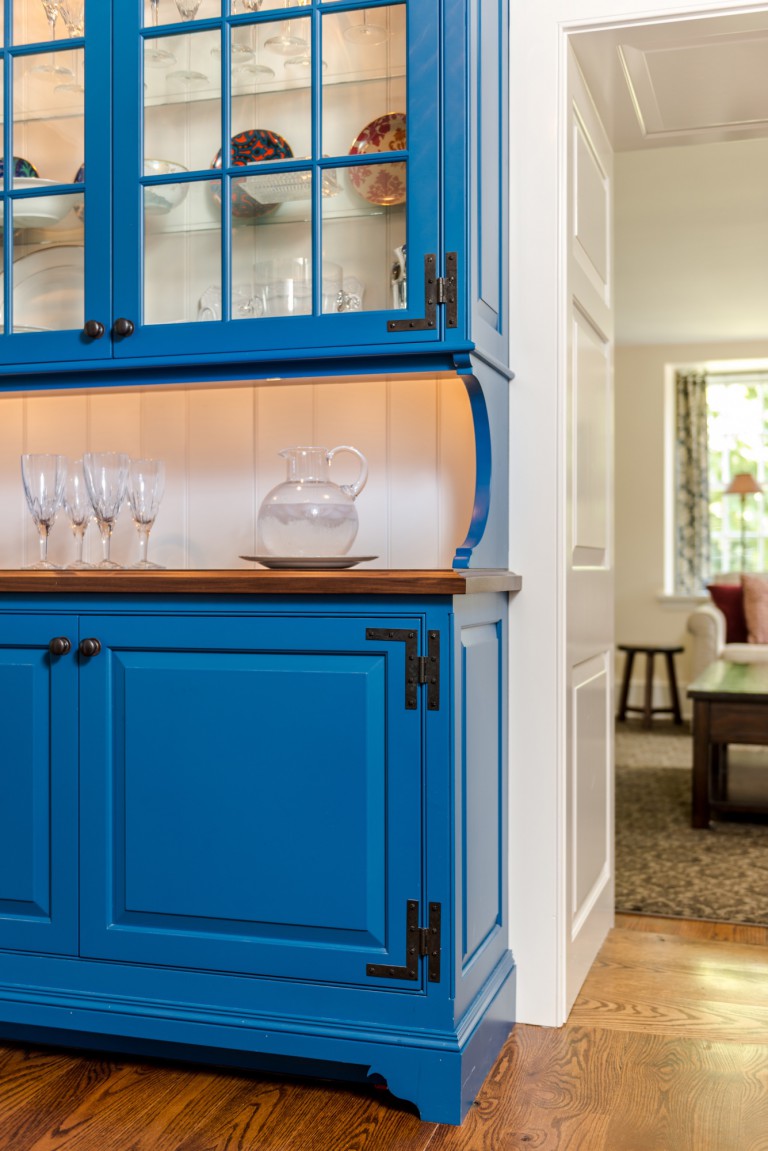 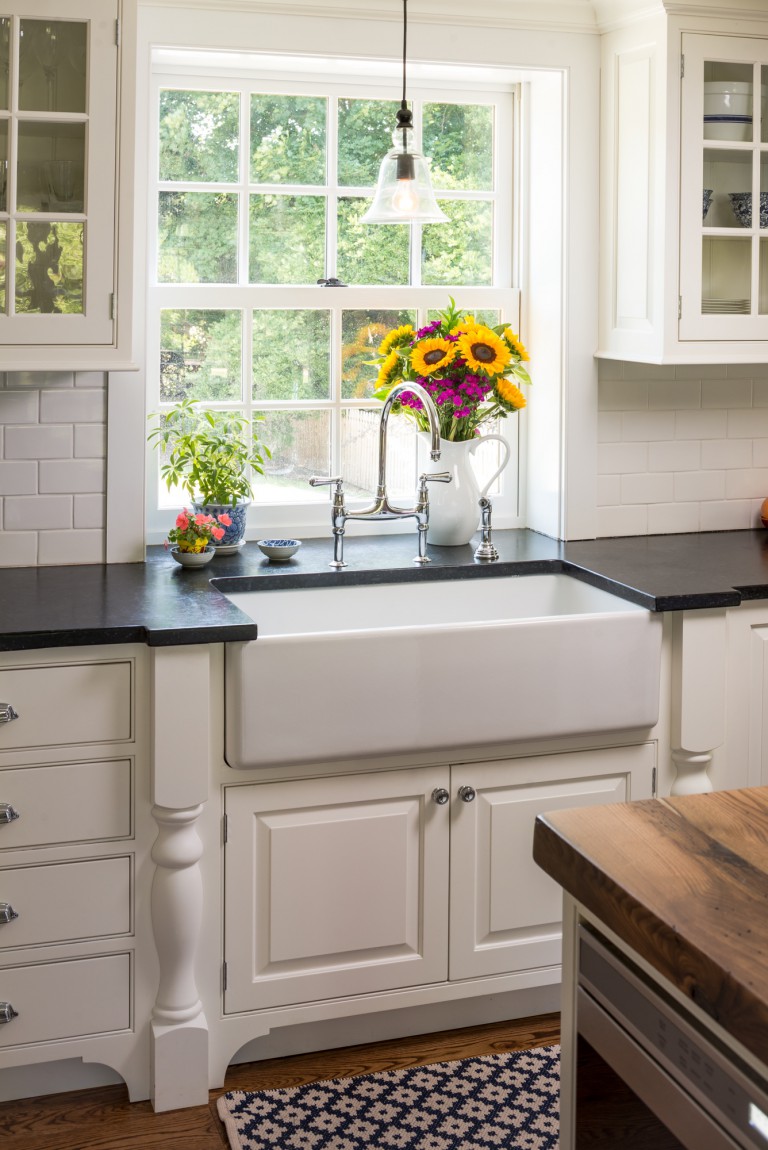 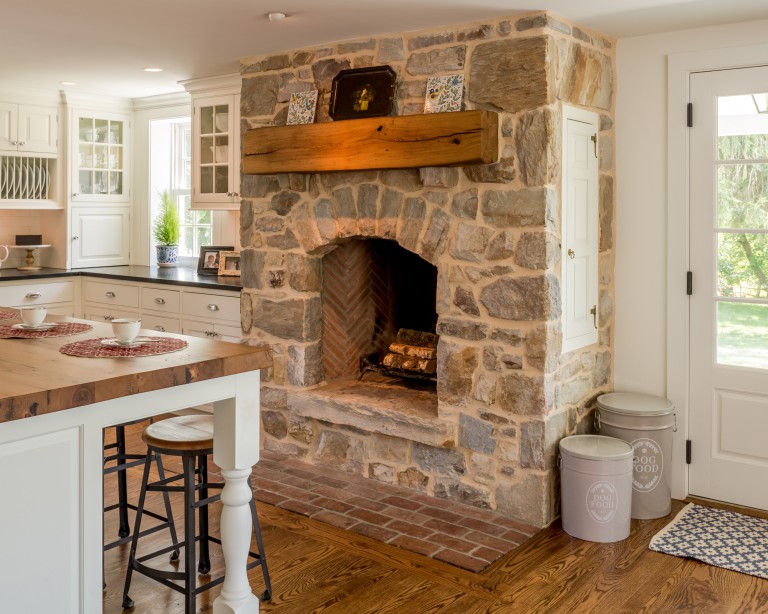 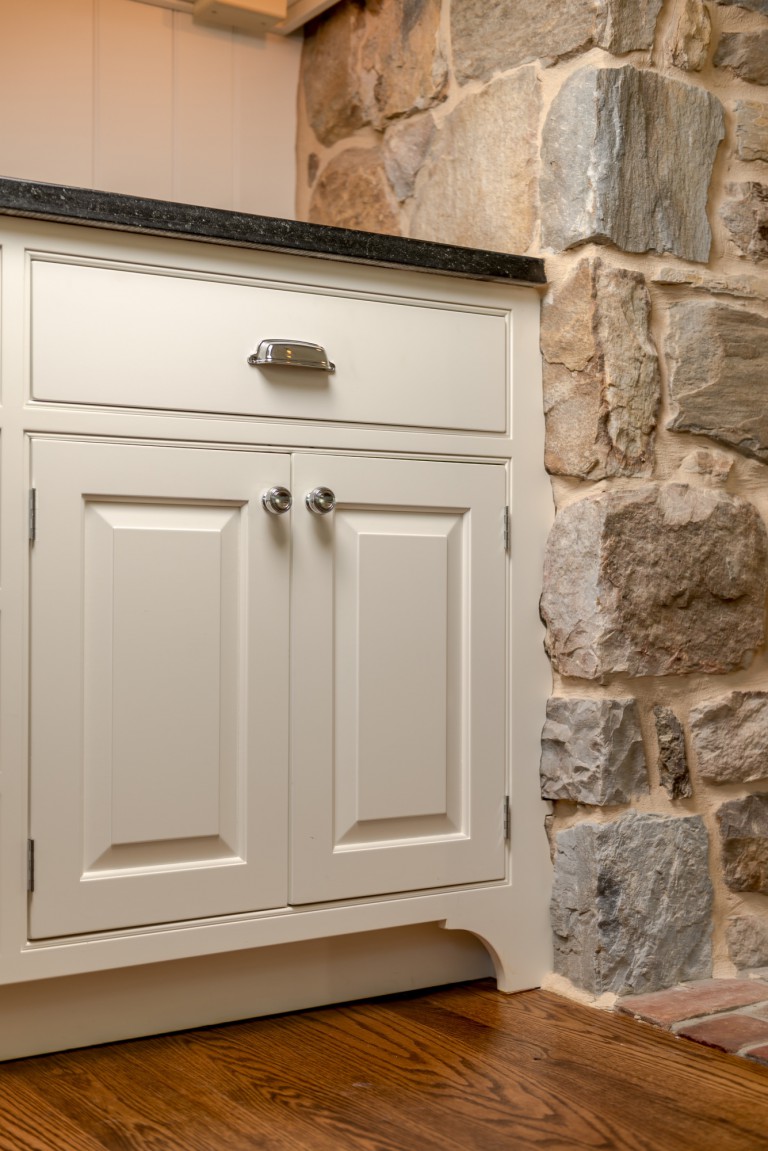 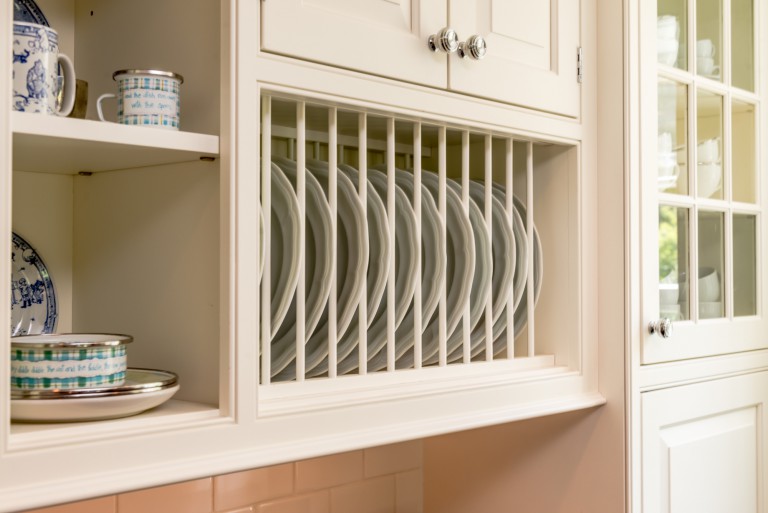 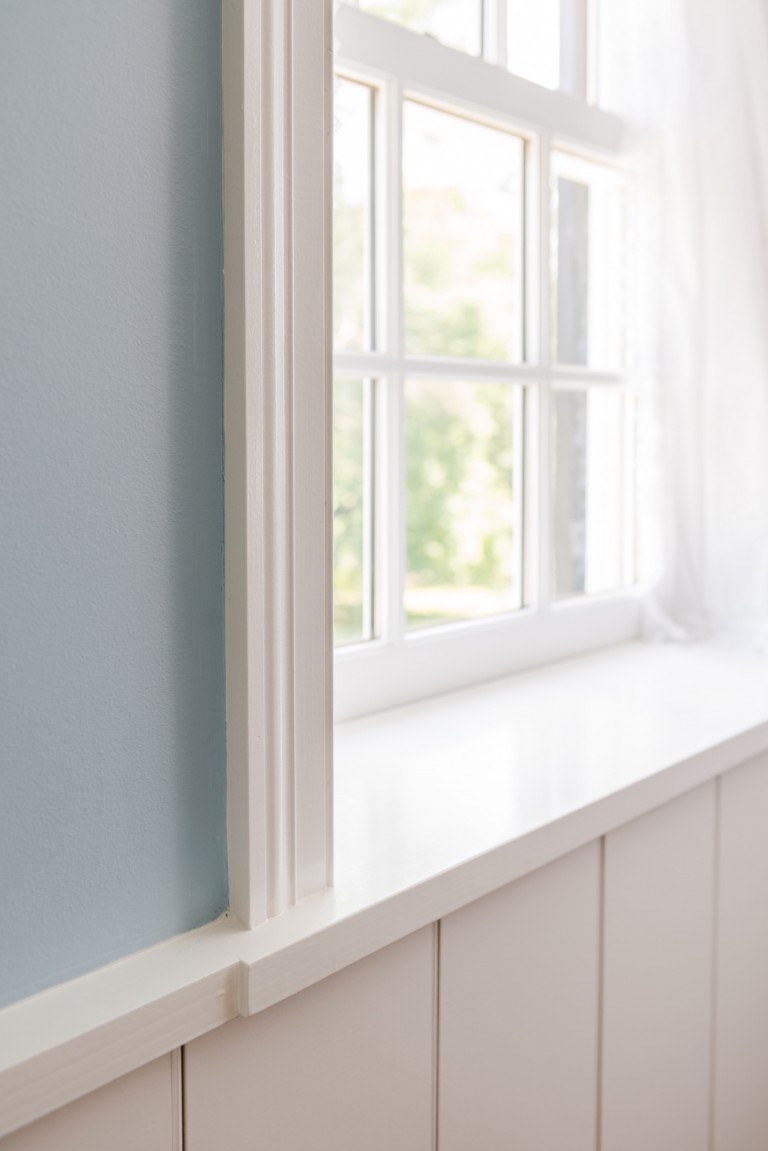 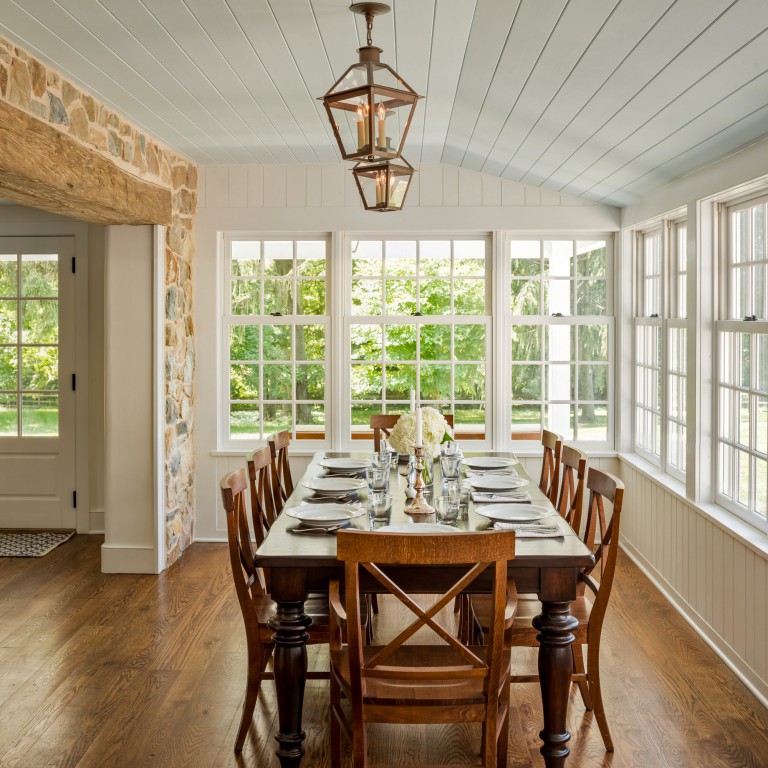 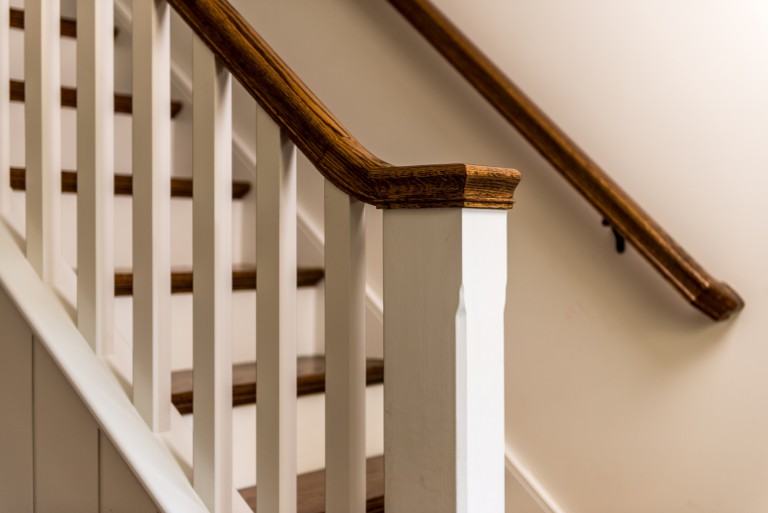 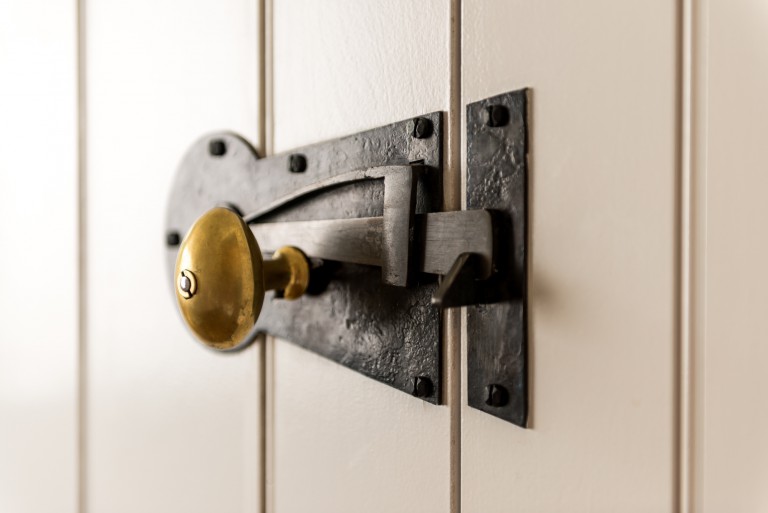 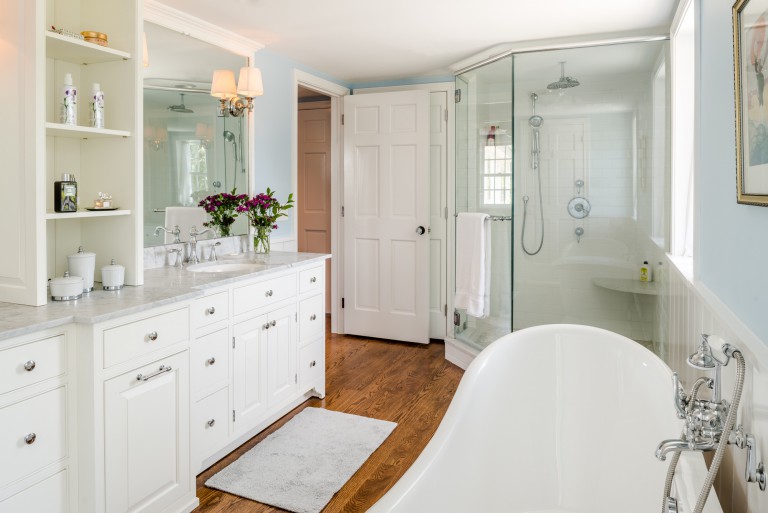 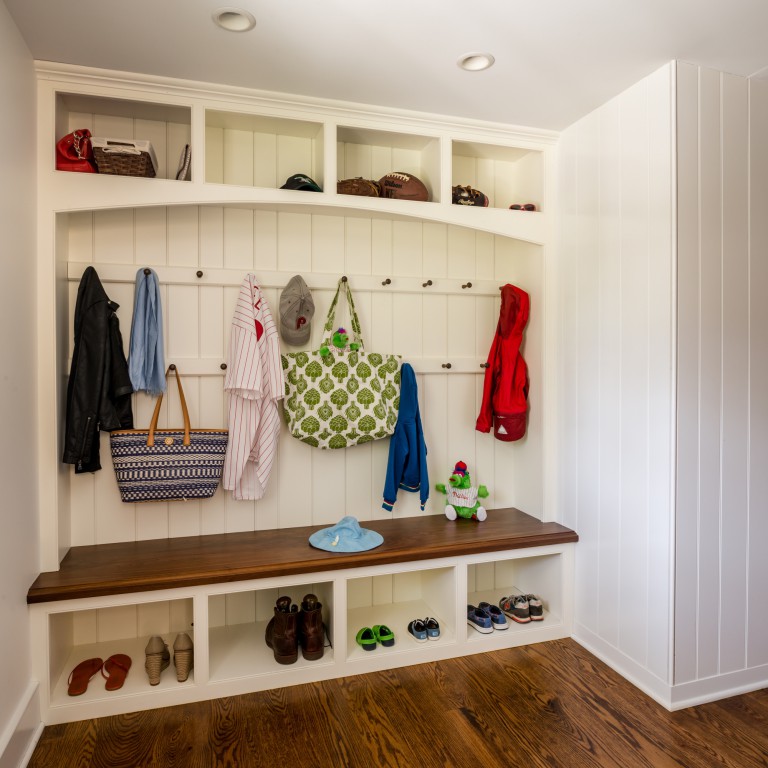 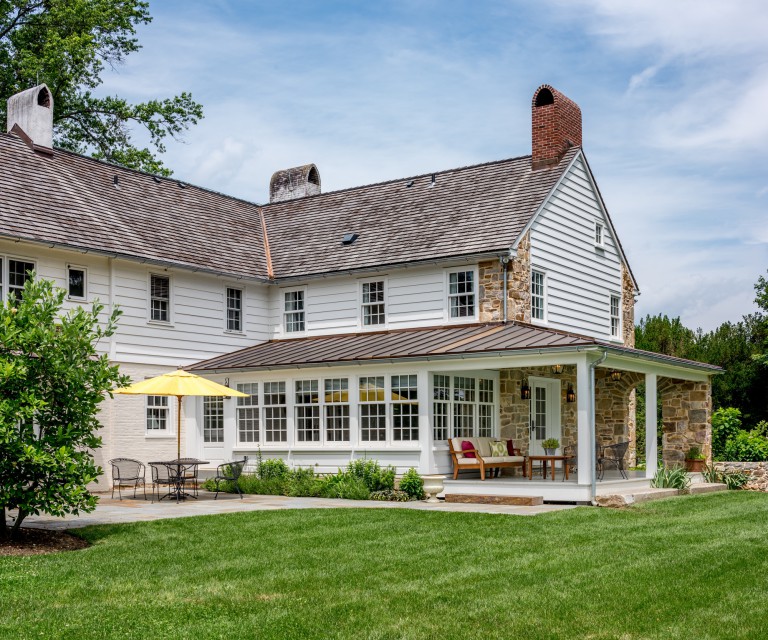 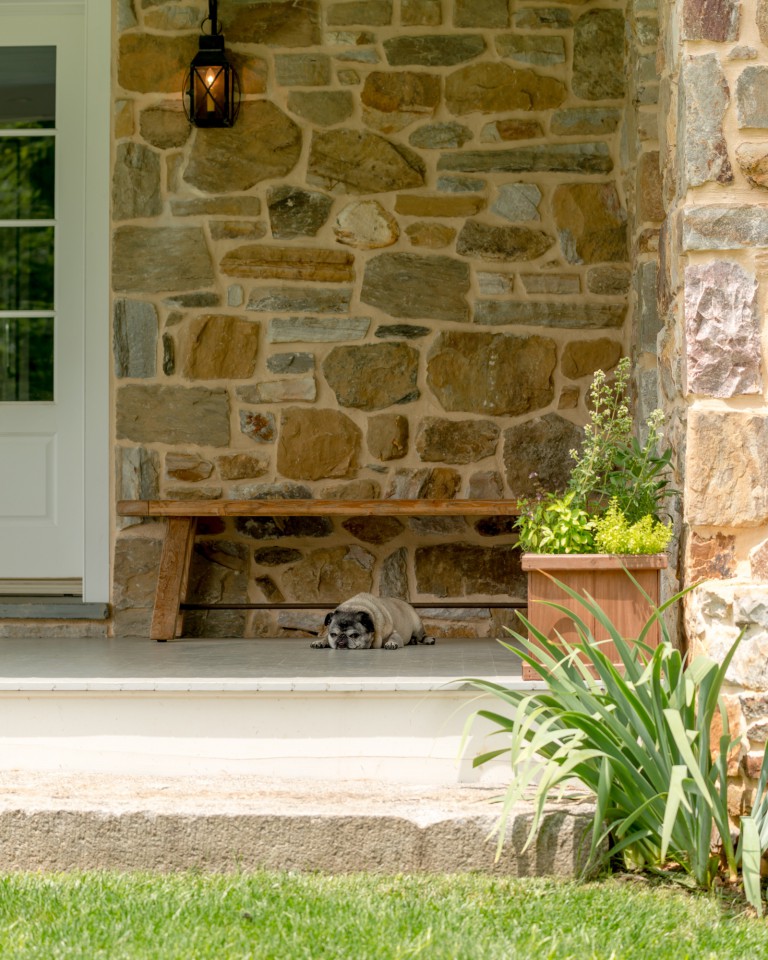 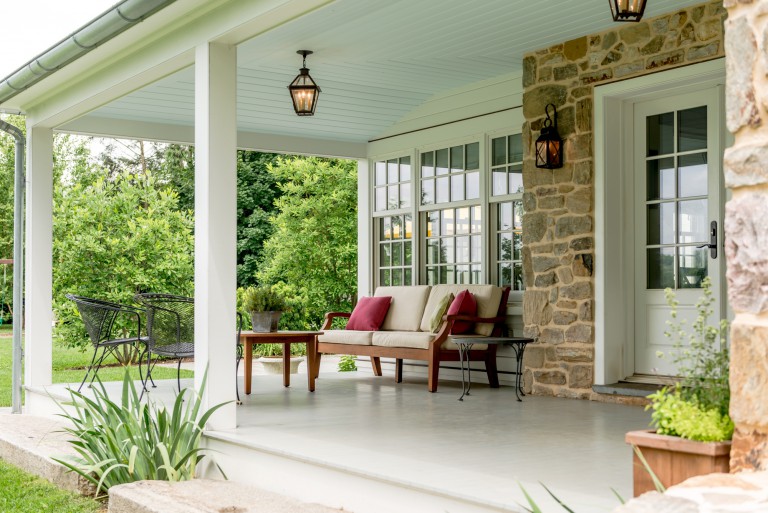 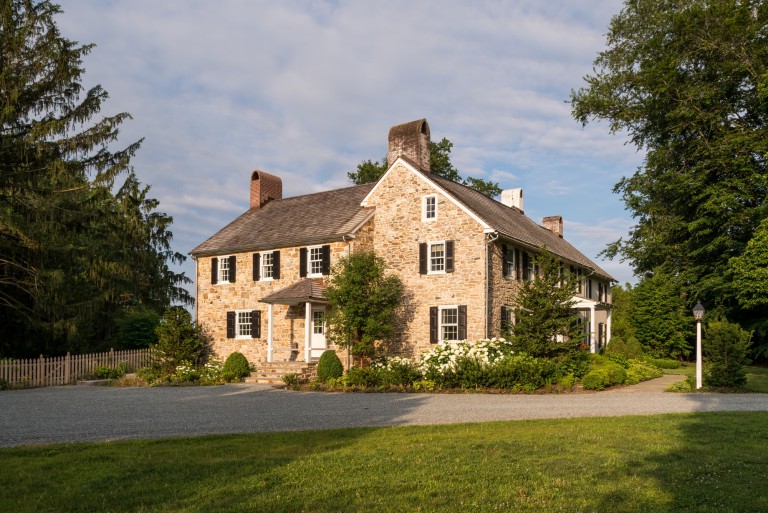